The theme of this weekend could be "minimize the damage". Much to my chagrin, Friday night's cheat set off a cascade of less-than-dedicated paleo eating for the whole weekend.

Usually I follow a cheat day with a day of intermittent fasting. On Saturday, this lasted until the early afternoon when we went for a little subway. I won't pretend like I was a good little cavegirl here. I ordered a 6" sub with double turkey. More meat, less bun. I get the "sandwich artist" to pick out the squishy bread once the bun has been sliced open to further eliminate at least some of the grain-factor. 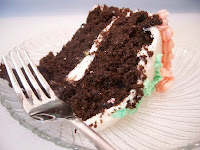 Saturday evening we were at a wedding with a great buffet. Half my plate was greek salad and the other half was chicken and roast beef. I skipped the buns, pasta salad, and potatoes because I knew the wedding cake was coming later. Yes I had some. Isn't it bad luck if you don't?? :-)


Sunday I had my regular breakfast late in the morning followed by a postworkout smoothie of blueberries, bananas, spinach, and dried egg whites. In the afternoon, David suggested Arby's. I ordered a large roast beef sandwich and ditched half the bun. Again, more meat, less bread.


Sunday night we had a great paleo dinner at my parents' house of bunless burgers, bacon, guacamole, cauliflower salad, grilled asparagus, and strawberries with dark chocolate for dessert.


So that's it. There you have it. I (we) cracked and the cheats happened. But WHY?! Why on earth do I do this to myself when I know all the negative consequences? Sorry Kelly Brownell, but this certainly is not an issue of lack of nutrition education or information.


Instead I think the biggest problem is the long lag time between indulgence and negative consequences. If I ate a pizza and was struck with asthma, weight gain, sickness, and diabetes at the speed with which I would burn my hand on a hot stove, I'd probably learn to knock it off with the pizza pretty fast. Instead, I woke up on Saturday feeling refreshed and energized. Sunday I was heavier, which made the pullups more difficult, but otherwise I felt fine. It would take a few weeks of crappy eating to start feeling terrible, and that's a long time when it comes to human behavior. It would take close to 30 years before I'd get diabetes or heart disease, which is an inconveivably far-away time when that pizza is in the oven.


CrossFit
Saturday was a rest day and I went for a nice jog with a neighbor early in the morning. It felt good and the weather was perfect.