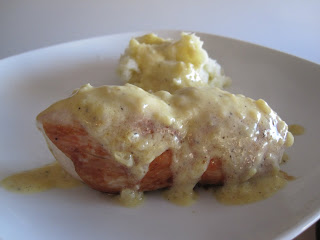 You can use the turkey breast as one big piece or cut it into thirds so each is about the size of a chicken breast. Costco carries fresh turkey breast that is prepared in smaller pieces like that. Place the meat between two pieces of saran wrap and beat the daylights out of it until is it thin and spread out (but not absolute mush!). 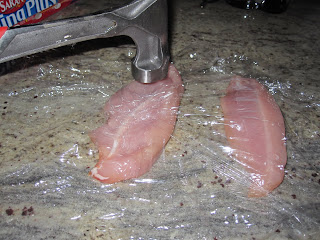 Hammer time
Sprinkle each piece of turkey with salt, fresh ground black pepper, and sage then cover with a layer of thinly sliced prosciutto. Roll it up, starting at the thicker end. 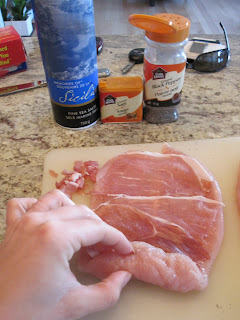 Heat the 2 TB of coconut oil in a large skillet on med heat and cook each of the roulades until golden brown on all sides.

In a saucepan, bring wine/stock, lemon juice, onion, garlic, sugar, pepper, and salt to a boil. Simmer to reduce by half. Pour into a heat-safe bowl and let cool.

Heat, but do not boil, a shallow amount of water in a medium sized pot. Place the heat-safe bowl overtop as a "double boiler". Gently whisk in the egg yolks and stir over the heat until the sauce thickens. Remove from heat and add the butter cubes. Serve over the turkey roulades. 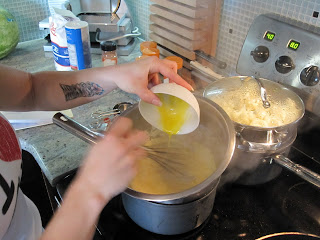 Steam all three together until soft and then blend in the food processor. You should not need to add any other liquid.